Update your browser to get the best experience, or contact us for an old-fashioned analog conversation via +31 20 420 8890 or info@kossmanndejong.nl

We recommend using the latest version of Google Chrome:

Projection test for the Names memorial, the room is still empty now. Our Colonial Inheritance

Growing steel structures. Growth, what is that?

The ideal spot for the Herron. The Voice of Urban Nature

Slowly towards the opening on the 8th of February! Our Land

Together with photographer Sander van den Bosch, we are measuring and photographing all floors of the palace. Visitors will soon be walking on 'invisible' carpets, in order to experience the original atmosphere of the rooms as fully as possible. Paleis Het Loo

After all those days at home behind a screen, it is very nice to finally do some hands-on experimenting with projections and different layers of transparent fabrics... Nature

Work in progress for Museum Sophiahof. In progress…

Work in progress for a children's tour Work in Progress

Barefoot in an exhibition? Together with the Stapferhaus, we are looking at what this means for the perception of the visitors... Nature

With a few kickoff days (and nights) in the mountains of Switzerland, we have firmly started the draft design for the new Nature exhibition at the Stapferhaus! Nature

Milling earth elevation minus water from a special foam. Here we show how little drinking water there actually is on earth. Groote Museum

Super exiting moment discovering the panels of the « 4 visions on the Anthropocene » box we made for the Vienna Biennal 2021! Work in Progress

A big empty space, right before installing all exhibits at WeTheCurious! Project What If

Safety vs. functionality: looking for the best headphones to use in a factory Expedition HVC

The NS4088 freight wagon was built in 1914, but disappeared without a trace for almost 60 years. During the Second World War, the wagon ended up in Eastern Europe and was left behind there. In 2002, the damaged wagon was found at a remote yard in Bucharest in Romania and brought back to the Netherlands. A freight wagon with an unknown wartime history, but it is certain that these types of wagons were used by the Dutch Railways for the transport of Jews, Roma and Sinti to concentration and extermination camps in Eastern Europe. We were asked by the Railway Museum (het Spoorwegmuseum) to create a concept and a design for a permanent exhibit around this freight wagon about the ‘Transport of Jews in the Second World War’ and the role of the railways. 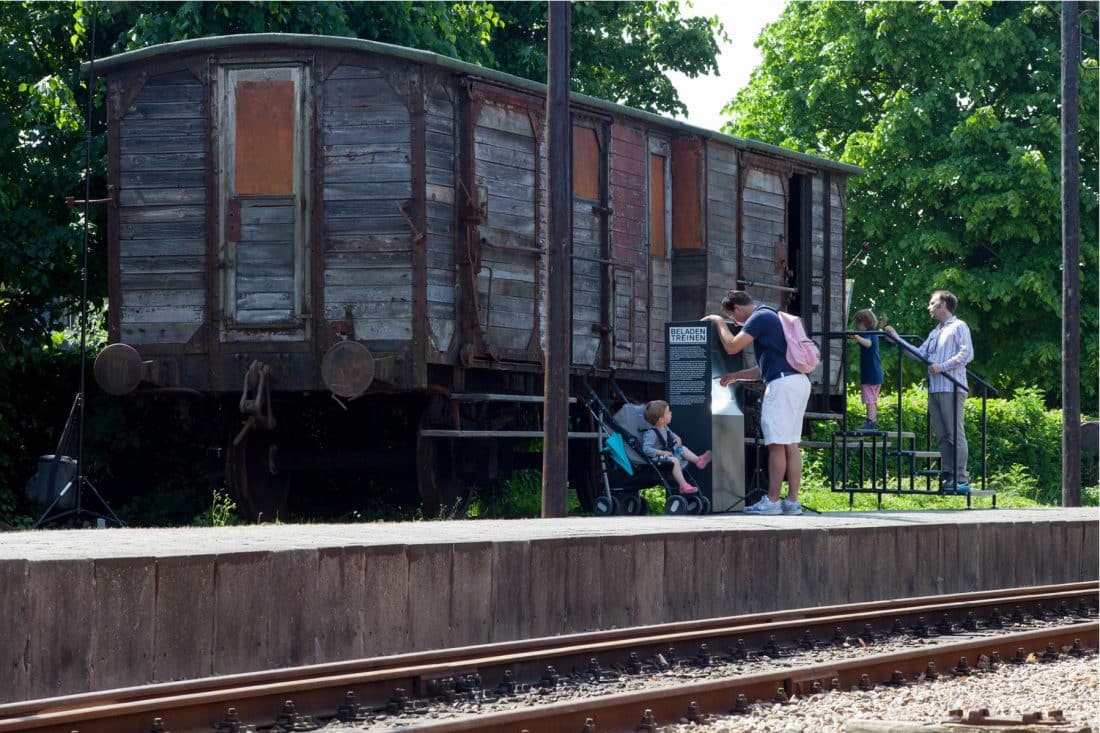 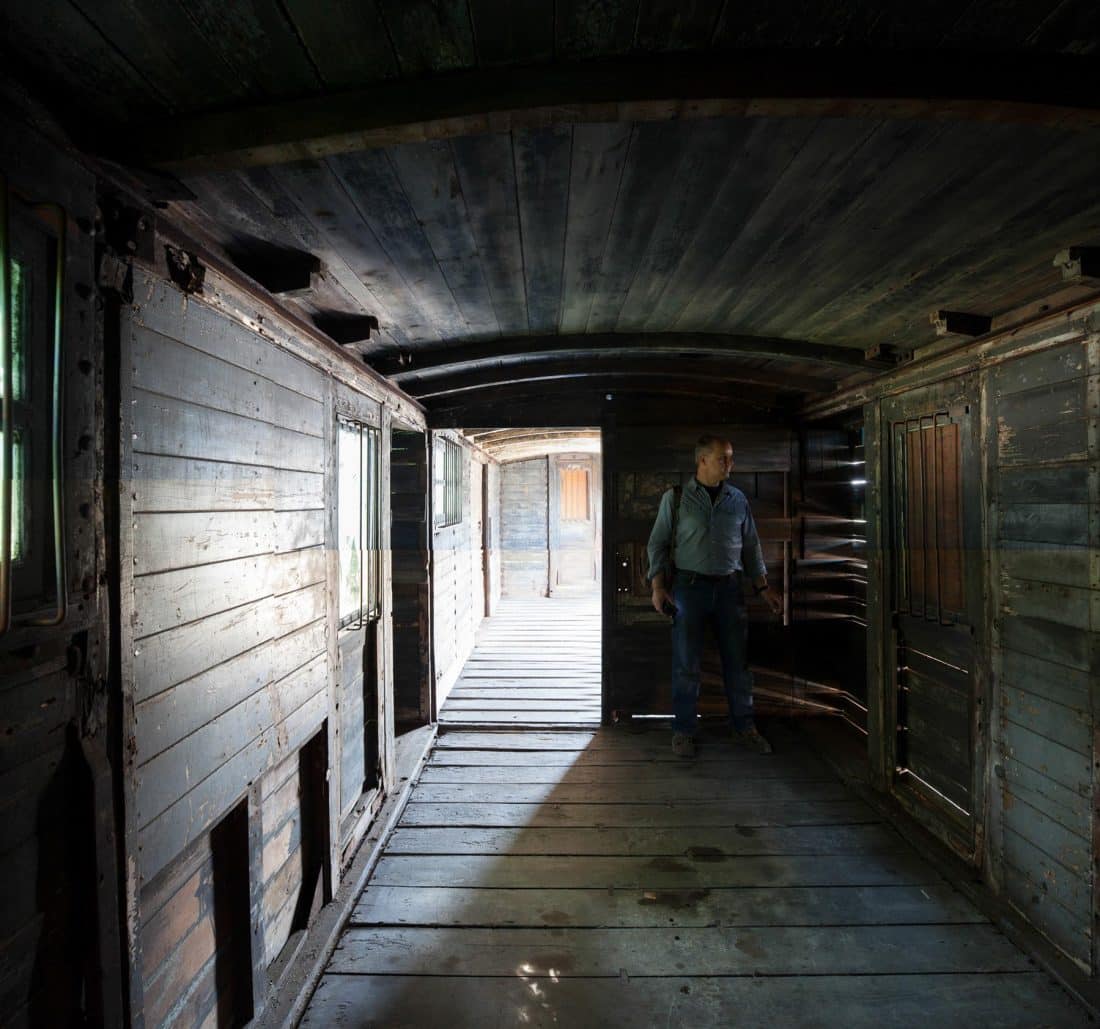 The role that the railways played in Europe with the mass deportations is controversial. For the Dutch Railways, these transports also constitute a dark chapter in its history. In total, 93 trains departed via Camp Westerbork and Camp Vught, which carried more than 100,000 people. Approximately 1,200 Jews were transported from Maliebaan station, where the Railway Museum is currently located. The material, the timetable and the transport to the border were arranged by Dutch personnel. The crucial position of the Dutch Railways in this system remained undiscussed for a long time.

We wanted to ‘tarnish’ the freight wagon as little as possible, both inside and outside, with exhibition-like elements like photos, panels and texts. We consciously chose not to restore the wagon to the original ‘polished’ condition, opting instead for a condition that reflected how the wagon might have looked after 60 years of use. We had a simple exhibition concept: the story of the victims inside the wagon. Outside, an insight into the organisation of the transport system and the voices of perpetrators, bystanders and witnesses 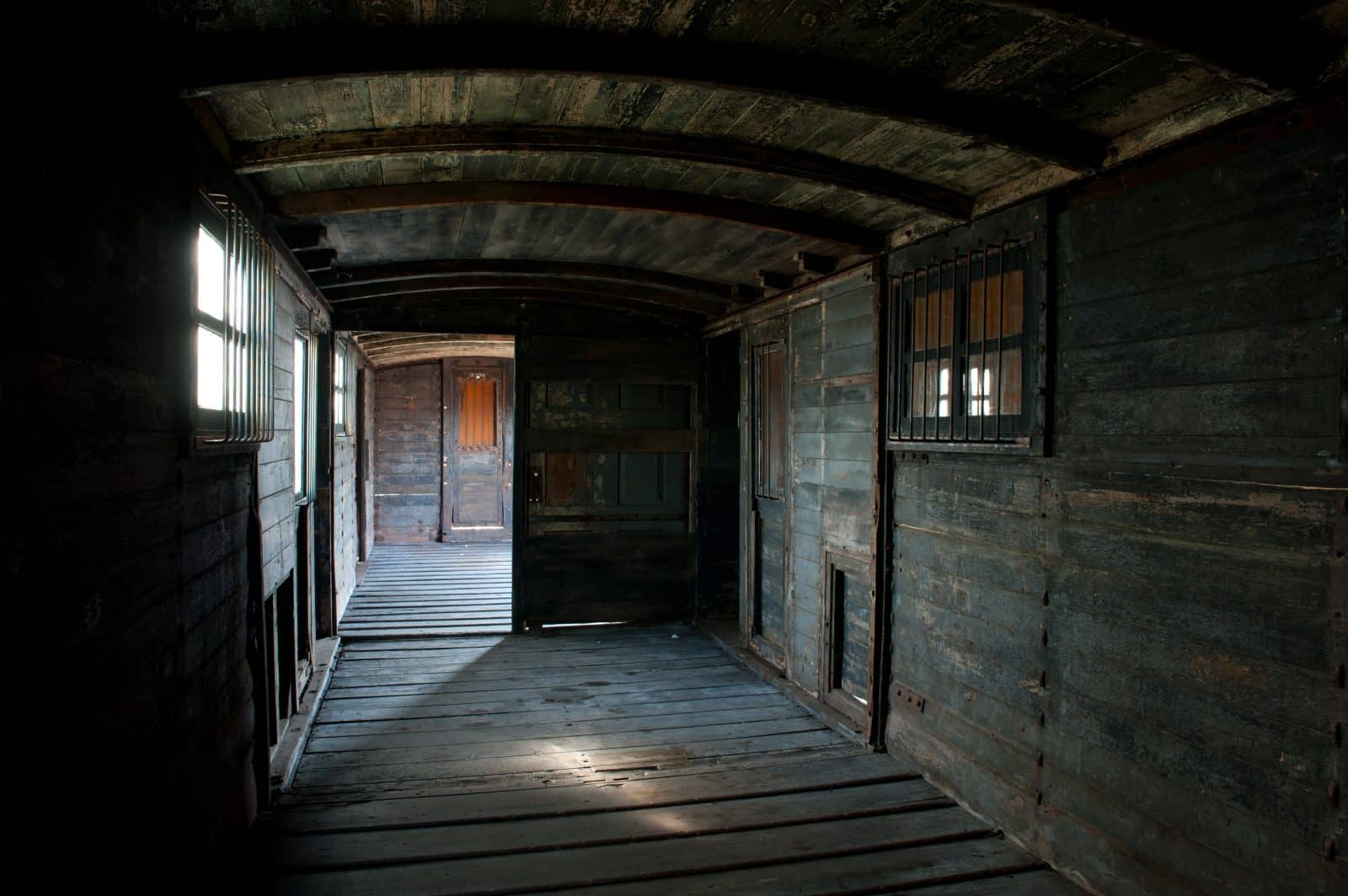 You step inside the empty, bare space of the freight wagon. There is minimal incidence of light and you are immersed in an intense audio experience. All 93 trains are presented chronologically in the audio. A neutral voice states the departure date, train number, number of passengers, number of women, men and children, arrival date and any survivors. With each train, there is a series of poignant audio fragments detailing the train journey experiences of the deportees. Everything is based on authentic material from Red Cross reports, letters recovered that were thrown out of the train and many diaries and books. Read out by survivors and various voice actors, old and young, women, men and children. 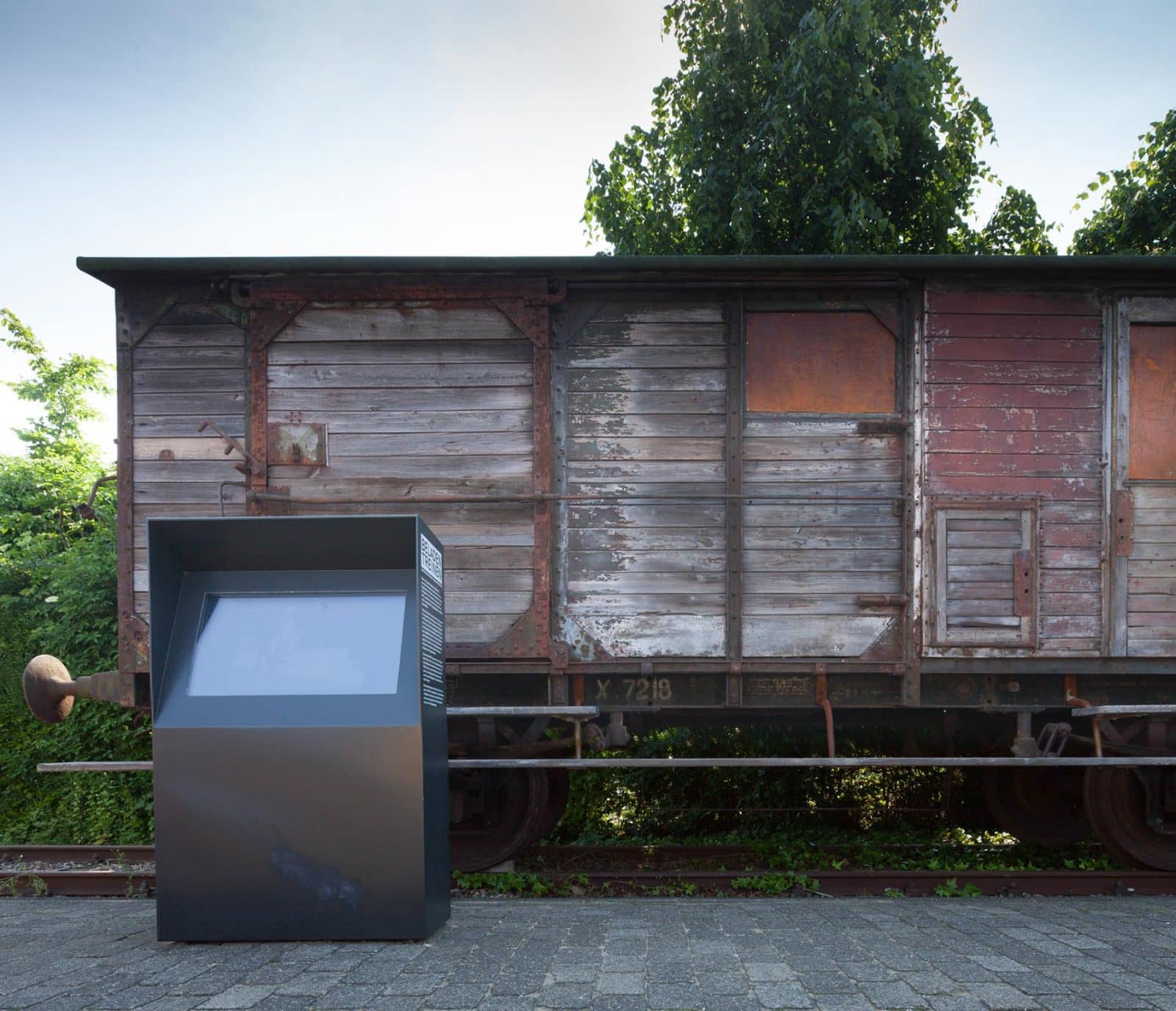 A completely new light is cast on the organisation and execution of the deportations by the railways on an interactive console outside the entrance to the wagon. Impressive maps and infographics were made by the urban design firm MUST. Beginning with the European perspective, you zoom in further and further on the situation in the Netherlands and ultimately in Utrecht. In addition, you get to know the perpetrators, witnesses and bystanders. You can also leave behind comments and memories on the console.

The maps and infographics can also be viewed online on the website https://www.spoorwegmuseum.nl/ontdek/nu-in-het-museum/beladen-treinen/

No Cities
no Future