Update your browser to get the best experience, or contact us for an old-fashioned analog conversation via +31 20 420 8890 or info@kossmanndejong.nl

We recommend using the latest version of Google Chrome:

Projection test for the Names memorial, the room is still empty now. Our Colonial Inheritance

Growing steel structures. Growth, what is that?

The ideal spot for the Herron. The Voice of Urban Nature

Slowly towards the opening on the 8th of February! Our Land

Together with photographer Sander van den Bosch, we are measuring and photographing all floors of the palace. Visitors will soon be walking on 'invisible' carpets, in order to experience the original atmosphere of the rooms as fully as possible. Paleis Het Loo

After all those days at home behind a screen, it is very nice to finally do some hands-on experimenting with projections and different layers of transparent fabrics... Nature

Work in progress for Museum Sophiahof. In progress…

Work in progress for a children's tour Work in Progress

Barefoot in an exhibition? Together with the Stapferhaus, we are looking at what this means for the perception of the visitors... Nature

With a few kickoff days (and nights) in the mountains of Switzerland, we have firmly started the draft design for the new Nature exhibition at the Stapferhaus! Nature

Milling earth elevation minus water from a special foam. Here we show how little drinking water there actually is on earth. Groote Museum

Super exiting moment discovering the panels of the « 4 visions on the Anthropocene » box we made for the Vienna Biennal 2021! Work in Progress

A big empty space, right before installing all exhibits at WeTheCurious! Project What If

Safety vs. functionality: looking for the best headphones to use in a factory Expedition HVC

City of
the Sultan

Almost 300 art treasures of the sultans (1400-1800) from the Topkapi Palace and other Istanbul Museums came together in the Nieuwe Kerk in Amsterdam. As the concept for the exhibition, the client proposed the city of Istanbul. Our task was not to literally make a copy of the whole city. Even more important was to find a place for a Turkisch Muslim City in a Dutch protestant church. The solution lay in Istanbul itself, a city that has always been the connected point between east and west. The Hagia Sophia, originally built as a church and later turned into a mosque, is the example of the coming together of Christian and Muslim elements. The Nieuwe Kerk could certainly be consciously used as a setting. 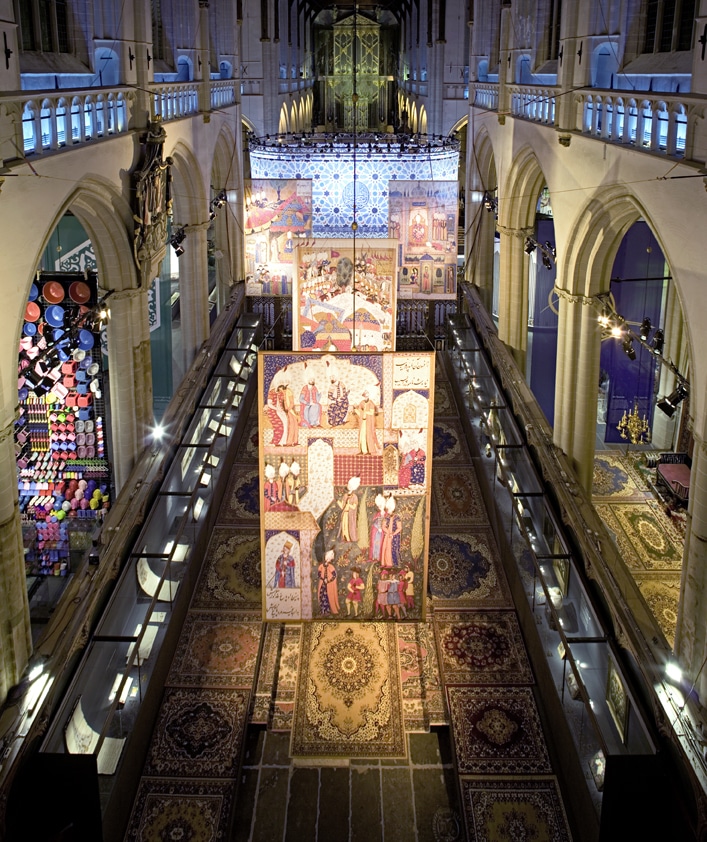 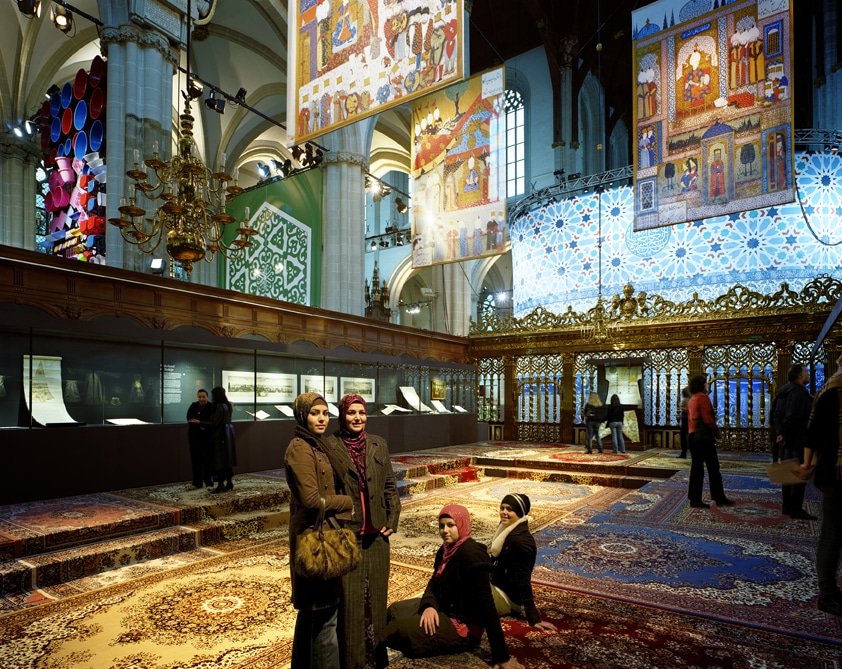 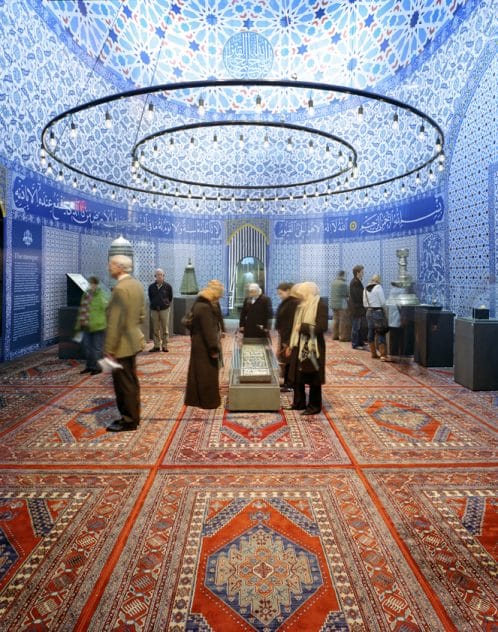 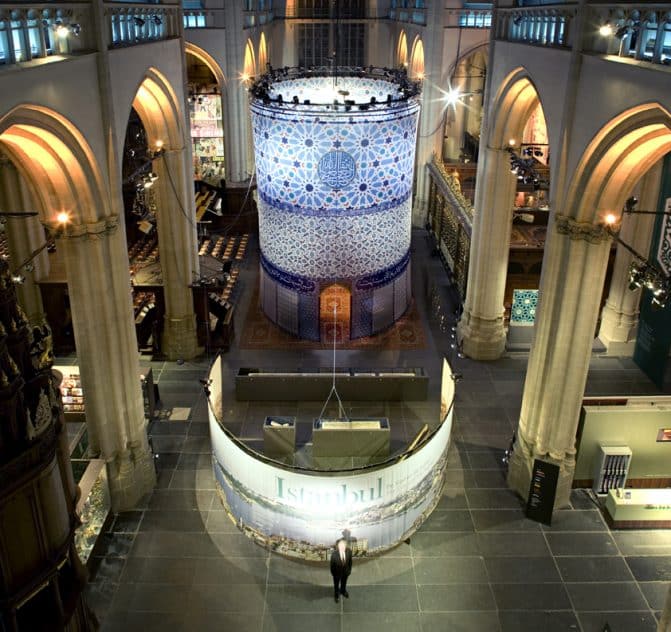 Laying down 700 square metres of Turkish carpets transformed the church into a mosque-like space. Printed cloth of various shapes and sizes showed typical Turkish buildings such as the bazaar, the coffee house, the mosque and the hammam. These grand gestures played with the monumental architecture of the church and determined the ‘first impression’

Wandering through the city

In the exhibition, the visitor moved through an abstract Istanbul, wandering through little streets and large open spaces, taking in views and vistas. Because the focus was on the essence of the city-the light, the sound, the typical architecture and the lush use of tile patterns- the whole church exuded the atmosphere of Istanbul.

The soundtrack of the exhibition drew from contemporary recordings from various places in Istanbul. The bargaining of street vendors and the hum of merchants selling their wares in the bazaar were audible in space. Lighting design also played an essential role. Not only the collection, but the church itself and the ‘city’ were illuminated so that the church became the backdrop for an eastern fairytale.